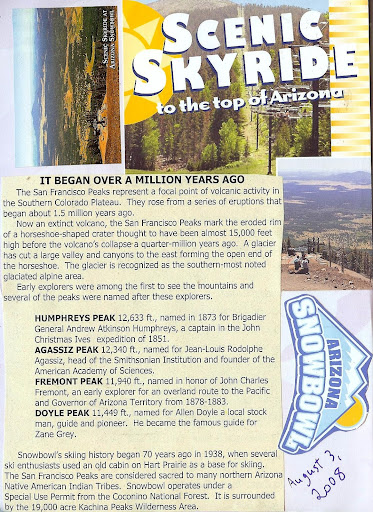 A coworker and I had an afternoon to kill while on a business trip to Flagstaff, so we hunted down the San Francisco Peaks, the highest point in the state of Arizona. He'd heard that in the summer, the ski resort Arizona Snowbowl opened their lifts to the summit. It was my first ride on a ski lift (as I've never actually been skiing), and the half-hour ride each way was delightful. The view was spectacular as well; you could even see the Grand Canyon!
Posted by melydia at 8:49 AM